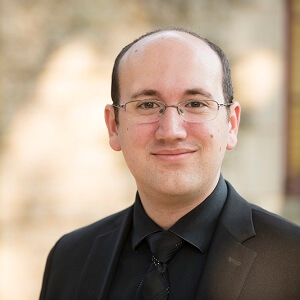 Beginning in 1912 the Welte Company in Germany commissioned organists to make recordings — not on records or wax cylinders — but rolls of paper, which contain detailed evidence about performance practice, including tempo, registration, and ornamentation. Unlike other early audio recordings which deteriorate over time, these rolls can reproduce performances that sound nearly identical to what the recording artists heard over a century ago. This workshop will analyze two recordings of J.S. Bach’s music in the collection of the Museum of Music Automatons in Seewen, Switzerland: Eugène Gigout performing O Mensch bewein and portions of the Toccata in F Major. Rolls such as O Mensch bewein give insight into the ornamentation practice of the day, while the Toccata in F Major shows Gigout’s use of dynamics and suggest what portions he likely found difficult. Together, these recordings provide the strongest evidence of the French Romantic School’s understanding of Bach performance.