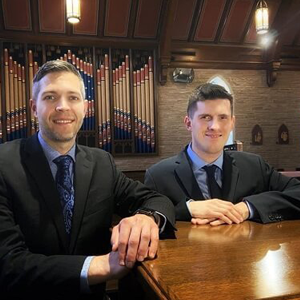 In the wake of the French Revolution, many Parisian organs laid in disrepair, and the repertoire had devolved to a lowly state. Enter Belgian César Franck, who nearly single-handedly transformed the musical trajectory of the organ in France alongside Aristide Cavaillé-Coll. Both the evolution of the French Romantic Organ and the music of Franck established a new path from which the great organist-composers of the 19th century emerged.

Joseph Arndt and Adam Pajan will discuss Franck’s place in the musical life of Paris, his impact on the revival of French organ music, and the issue of “authentic” performance practice. Important recordings of Franck’s organ music will be shared, including at St. Clotilde by Tournemire and Langlais, as well as Demessieux (La Madeleine) and Dupré (St. Thomas, New York). This workshop anticipates their tour of Franck’s twelve major organ works with performances in Houston, Dallas, New York, Seattle, Denver, and Tulsa.