Our Study With Jean Langlais 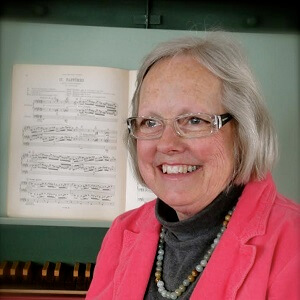 Labounsky studied organ and improvisation with Jean Langlais from 1962-1964 under a Fulbright grant and subsequently recorded his entire opus of organ music. She also wrote a biography of the composer “Jean Langlais: the Man and His Music” as well as a video of his life based on the. Ferré studied with Langlais in Paris in the summer of 1964, and again on a Fulbright Scholarship in 1968-69. Both artists were guides of Langlais during his American tours in 1964 and 1967, respectively and both studied with Dupré.  As contrasted with understanding Franck’s style of interpretation through a continuum of interpretation, these two artists have first-hand knowledge of Langlais’ style and life from study with him. Both artists studied with him at the Schola Cantorum in Paris as well as at Sainte-Clotilde. Detailed handouts will be given to the participants.