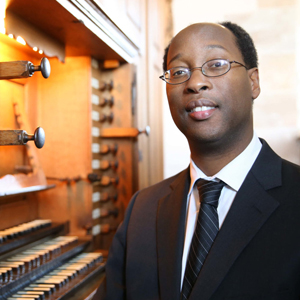 Georg Muffat (1653-1704) studied in Paris, where he learned the orchestral tradition of Jean-Baptiste Lully, and in Rome where he met Arcangelo Corelli.  Muffat served as organist to the Strasbourg cathedral chapter and the archbishop’s court in Salzburg, and ended his career as kapellmeister in Passau.  His Apparatus musico-organisticus (1690) contains twelve toccatas, of which the first eight are ordered according to the church modes, and the remaining four feature “modern” keys such as Bb Major and E minor.  The collection concludes with a ciacona, a passacaglia and a variation set, Nova Cyclopeias Harmonica.  Muffat’s toccatas are noteworthy for their perfect integration of French and Italian musical styles, and his ability to create a unique affekt for each key.  This workshop will explore aspects of musical style and performance practice in South German baroque repertoire.  We will discuss the challenges faced by performers, including considerations of where the stylus phantasticus, French inégalite, or 17th century Italian vocal mannerisms might be employed.