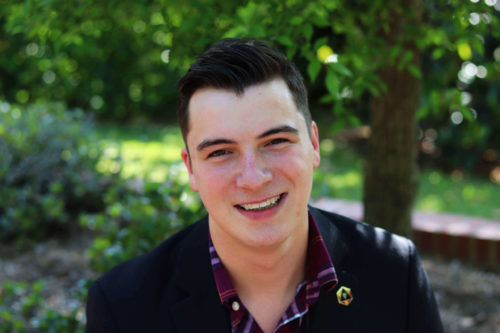 As a performer, Dr. Cobb has performed in venues across the United States and abroad. In 2019, Dr. Cobb presented Olivier Messiaen’s La Nativité du Seigneur in churches across the Southeast, with performances in Alabama, Florida, Georgia, and Louisiana. Most recently, he recorded a recital on the 1911 Murray J. Harris organ at St. James in the City in Los Angeles for the Organ Historical Society as an E. Power Biggs alumnus, recording works of Joseph Jongen, William Grant Still, Joanna Marsh, and Marcel Dupré. Dr. Cobb was an organ scholar for the 2019 RSCM Pacific Northwest Course. In 2018, he attended the Haarlem International Summer Academy, studying various repertoire with world-renown organists. Dr. Cobb has also studied on two occasions with Dame Gillian Weir.

As a composer, Dr. Cobb has had several pieces programmed in academic and church settings. His settings of the Magnificat and Nunc Dimittis have been programmed for several services of Evensong, both at St. Peter’s Anglican Cathedral in Tallahassee and Episcopal Church of the Advent in Tallahassee. His song cycle Journey of Hope for soprano and piano was commissioned by Dr. Christina Villaverde.