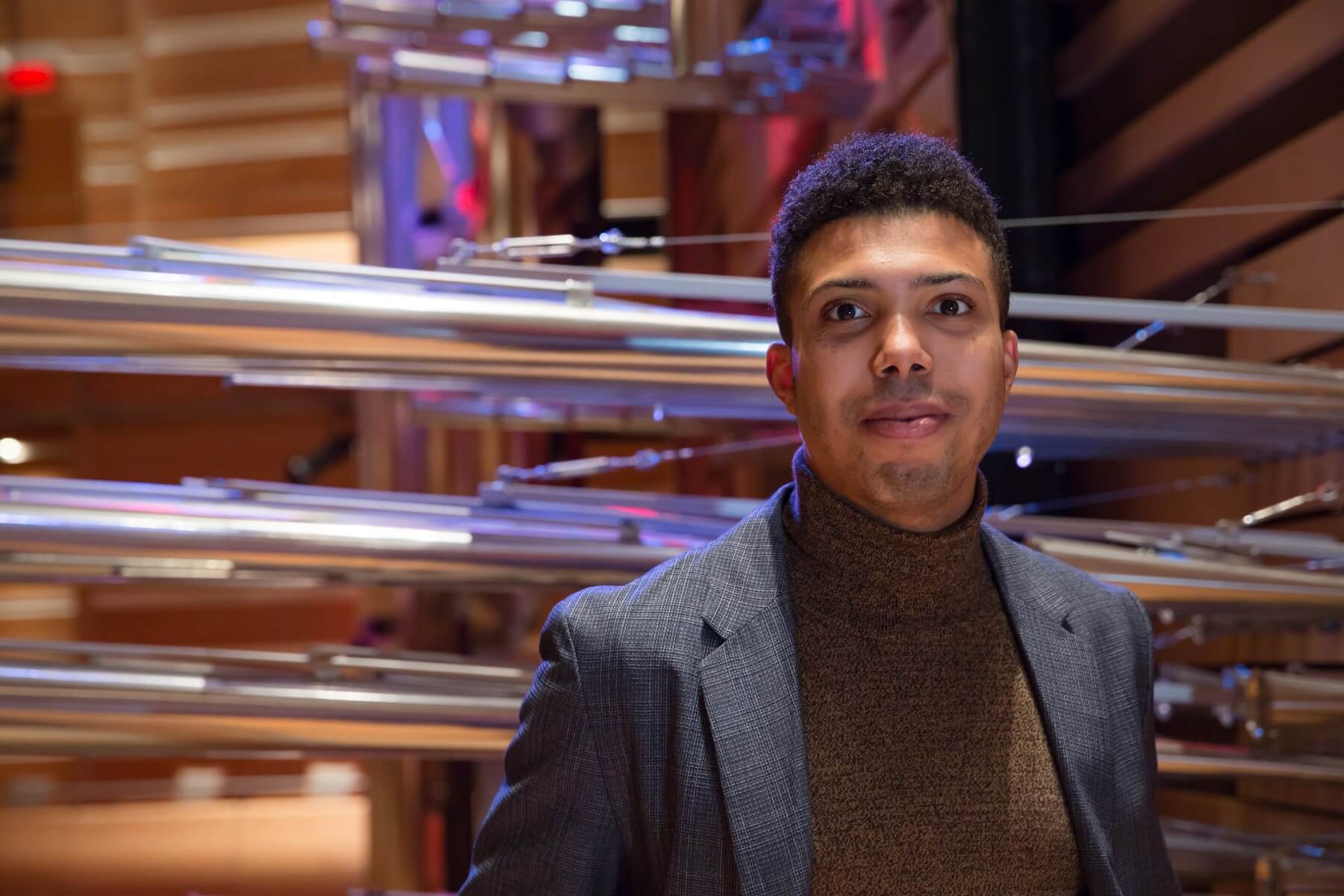 A featured star in the PBS documentary Pipe Dreams (2019), Alcee Chriss III is an organist and keyboardist from Fort Worth, TX.  Dr. Chriss is the winner of the 2017 Canadian International Organ Competition and the Firmin Swinnen Silver Medal at the 2016 Longwood Gardens International Organ Competition.  He has been celebrated for his “grace, skill and abundant proficiency” by the Journal Assist News, Albuquerque.  And of his most recent solo recording at Montreal Symphony Hall, Art et Rhapsodie (2019), the American Record Guide wrote that “he plays with clarity, imagination, musicality, virtuosity, and yes, personality.”

Dr. Chriss has performed throughout North America and Europe. Recent and upcoming performances include the International Orgelsommer (Stuttgart, Germany), Stockholm City Hall (Sweden), and as soloist with the Montreal Symphony in a performance of Copland’s Symphony for Organ and Orchestra.  Other engagements include the Princeton University Chapel, Spreckels Organ Pavilion and International Organ Summer Karlsruhe, Germany.

In July 2019, Dr. Chriss was appointed as University Organist and Artist-in-Residence at Wesleyan University, where he teaches courses in organ and keyboard skills.  In October 2019, he was awarded his Doctor of Music degree from McGill University, where he studied with Hans-Ola Ericsson.  He previously studied at Oberlin Conservatory of Music where he received his master’s degree in historical keyboard and a Bachelor’s degree in Organ Performance, studying with Olivier Latry, Marie-Louise Langlais, and James David Christie.

Dr. Chriss is active as a church musician, guest lecturer, and remains engaged with his lifelong love of gospel and jazz music.  He serves as the Minister of Music at Saint Stephen’s Episcopal Church in Ridgefield, CT.  He also serves on the editorial board of Vox Humana magazine.