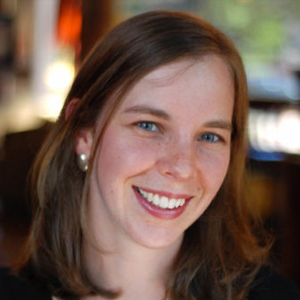 Anne Laver performance activities have taken her across the United States, Europe, Scandinavia, Central America, and Africa. She has been a featured recitalist and clinician at regional and national conventions of the American Guild of Organists, the Organ Historical Society, and the Westfield Center for Historical Keyboard Studies. In 2010, she was awarded second prize in the prestigious American Guild of Organists’ National Young Artist Competition in Organ Performance (NYACOP). Anne’s performances have been aired on nationally syndicated radio programs, including WXXI FM’s With Heart and Voice and American Public Media’s Pipedreams. Her debut recording, “Reflections of Light” was released on the Loft label in 2019.

Anne is Assistant Professor of Organ and University Organist at Syracuse University’s Setnor School of Music.  In this role, she teaches organ lessons and classes, serves as artistic director for the Music and Message Series, accompanies the Hendricks Chapel Choir, and plays for chapel services and special university events. She is also Visiting Professor of Organ at the Eastman School of Music. Anne has over twenty years of experience in church music, having led volunteer and professional choir programs in a variety of parishes in New York, Wisconsin, and The Netherlands.

Anne studied organ with Mark Steinbach as an undergraduate student at Brown University, and spent a year in The Netherlands studying with Jacques van Oortmerssen at the Conservatory of Amsterdam.  While pursuing masters and doctoral degrees at the Eastman School of Music, she studied with Hans Davidsson, William Porter, and David Higgs.