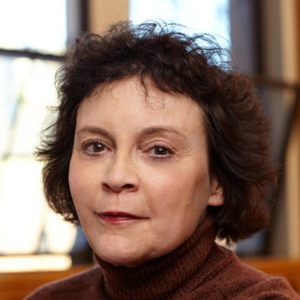 Carole Terry’s career as a renowned performer and teacher of the organ and harpsichord have taken her to many cities and universities throughout the United States, Europe, and the Far East.  Known for her performances and recordings of German Romantic music, she is also an expert on the physiology of organ technique.

She has appeared at festivals, organ academies and master classes around the world and has adjudicated major competitions in Germany, Japan, England, Canada, and the United States. She has also been a featured recitalist at numerous American Guild of Organists’ conventions.

For the Musical Heritage Society, she recorded Brombaugh Organs of the Northwest and The Complete Organ Works of Johannes Brahms.  As a harpsichordist she recorded works of Albright, Persichetti, Cowell, and Rorem for CRI, and baroque chamber music for Crystal Records (with violist Yizhak Schotten). Her recording, Carole Terry in Schwerin, is a two-CD set of German romantic organ music recorded on the notable 1871 Ladegast organ at Schwerin Cathedral, German.  “Carole Terry plays the Watjen Concert Organ” was recorded at Benaroya Hall in Seattle on Fisk, Opus 114.

Carole Terry is Professor of Organ and Harpsichord Emerita at the University of Washington where she taught for 40 years.  In 2017, she was nominated for a Distinguished Teaching Award.

She is represented by Phillip Truckenbrod Concert Artists.