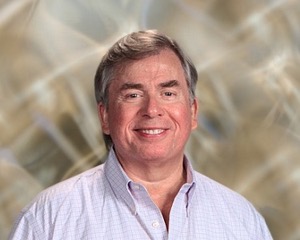 Darryl Miller is in his twentieth year serving St. Andrew Lutheran Church in Franklin, Tennessee. He was directly responsible for negotiating the acquisition of the Aeolian-Skinner pipe organ originally installed in the Cathedral of Christ the King in Kalamazoo. He recently retired as a music specialist with the Metro Nashville Public Schools, and now teaches part-time at Columbia State Community College.

Darryl has earned degrees in organ, music education, church music, education administration, and in 1988 was honored by Wessex Theological College in Wessex, England, for his “attainments in music and his contributions to the church.”

He played his first church service in 1969 and since then has served five different denominations in four states. From 1985-1990 and from 1996-2002, Darryl was the Associate Director of Music and Organist of Coral Ridge Presbyterian Church in Ft. Lauderdale, Florida. His organ teachers were Michael Heintz, Wayne Fisher, and Wilma Jensen.

​​As an accompanist, conductor, and concert organist, Darryl has performed in some of the most famous churches and concert halls in the United States and Europe. In the summer of 2013, he performed solo concerts at Notre-Dame Cathedral in Paris and was the first American to perform an organ concert at the Cathedral of Saint-Gervais-et-Saint-Protais in Soissons, France. He has been a member of the AGO since he was 16 years old and has missed only two national conventions since he attended his first convention in 1970 in Buffalo.