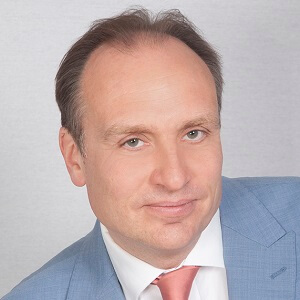 Dr. Frederick Stocken is the Organist of St George’s Metropolitan Cathedral in London and a widely commissioned composer. He teaches at the Royal Academy of Music and for the Royal College of Organists.

He was an Organ Scholar of St Catharine’s College, Cambridge where he studied with Peter Hurford and Peter le Huray. He won five prizes at ARCO and three at FRCO. He has given many organ recitals in leading venues, for example in the series at St John’s Smith Square in London in 2020.

Frederick has wide experience as both an organ and academic teacher. His Ph.D. from Manchester University on nineteenth-century harmonic theory informs his teaching of harmony and counterpoint and his written work examining for Royal College of Organists. In 2020 Frederick began a series of webinars on academic topics examined by the RCO, the first of the College’s expanding programme of online teaching.