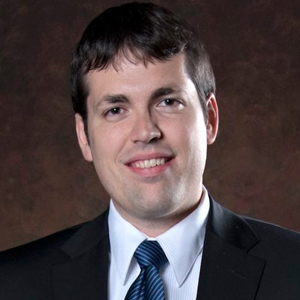 Jared Ostermann is the Director of Music at the Cathedral of Saint Joseph in Sioux Falls, SD; a landmark church designed by French architect Emmanuel Masqueray, completed in 1919, and fully restored in 2009-2011. The Cathedral will be further enhanced in 2025 with the installation of a new 52-stop mechanical-action organ from Juget-Sinclair Organ builders. As music director, Jared oversees all liturgical music and conducts three adult choirs, as well as serving as Artistic Director of the Cathedral Sacred Arts Series. In addition to his work at the Cathedral Jared teaches organ at the University of South Dakota.

Jared holds degrees from the University of Kansas (B.M., D.M.A.) and the University of Notre Dame (M.S.M.). His teachers include Michael Bauer, Craig Cramer, and James Higdon. He also studied for one year with Peter Planyavsky at the University for Music and Performing Arts in Vienna, Austria.

Areas of teaching and research interest include organ performance and pedagogy, service playing and improvisation, organ building and design, and Roman Catholic ritual and musical history.