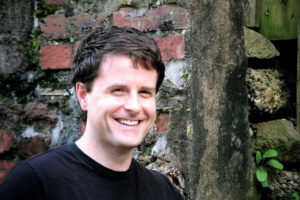 Kevin O’Brien has been director of music at Saint Peter’s Church on Capitol Hill, Washington DC, for twenty years.  He leads both a developed liturgical/choral music program including orchestra on major solemnities, as well as directs the parish’s concert series, Sacred Music from the Hill.  He spearheaded the installation of the church’s new mechanical-action organ, Noack opus 162, a collaboration with Noack president Didier Grassin and voicer Bertrand Cattiaux.  O’Brien holds three degrees in Sacred Music from Westminster Choir College (BM, organ) and The Catholic University of America (MM/DMA, choral music).  He has continued his studies in musicology (medieval music and performance practice) at University of Maryland.  He has taught sacred music and conducting at The Catholic University of America alongside his mentor, Leo Nestor.  Lauded as “a mature writer and a very fine story-teller”, O’Brien received the Julius Herford Prize from the American Choral Directors Association for his dissertation which was described as “an exhaustive study… a very thorough history of Roman Catholic church music and composers.”  O’Brien has also delivered papers on sacred music in the United States, Canada, and Europe, and is published in New Grove Dictionary of Music and Musicians and First Things.