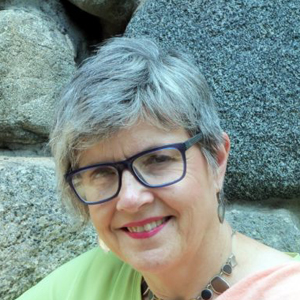 Supported by the BAGO’s Special Projects fund, her scenario “Waiting for Sebastian” was premiered at the 2018 Boston Bach Birthday at First Lutheran Church in Boston, and then repeated in Worcester in 2019. She has performed organ recitals in France and Germany and facilitated a music exchange between Milton Academy and L’Ecole de Musique de Persan (France). Both institutions and the Florence Gould Foundation (New York) supported this bi-annual exchange program from 1994 – 2013.

Louise Mundinger graduated from Valparaiso University where she studied with William Eifrig and Philip Gehring, and New England Conservatory where she studied with Yuko Hayashi and Christa Rakich. She was a recipient of the Frank Huntington Beebe award for musicians, which allowed her to study organ performance with Zsigmond Szathmáry in Freiburg, Germany and perform concerts. Louise Mundinger was a prize winner in the San Anselmo Organ Improvisation Competition. She has received composition commissions from, among others, the American Guild of Organists, The American Composers Forum (the Faith Partners program), and the Diocese of Massachusetts. Her articles have appeared in The American Organist and Musforum. In 2008 Louise Mundinger was awarded the Talbot Baker Teaching Award at Milton Academy.