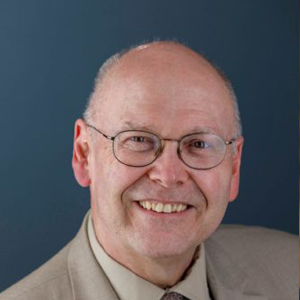 Michael Bauer is a Professor of Organ and Church Music at the University of Kansas where he has taught since 1987. At KU, he has developed one of America’s leading doctoral programs in church music. Bauer has directed seven KU European Organ Study Tours. In 2002, along with colleagues from Northeast Kansas, he founded a non-profit organization entitled Imago Dei: Friends of Christianity and the Arts. He has played or lectured at four regional and three national conventions of the American Guild of Organists. Bauer is also Organist/Choirmaster at St. Andrews Episcopal Church in Omaha, NE.

Michael Bauer received his degrees from the University of Alabama (BM, MM), the University of Cincinnati’s College Conservatory of Music (DMA) and the Conservatoire de Musique in Geneva, Switzerland. His major organ teachers include Warren Hutton, Roberta Gary, and Lionel Rogg.

As an organist, Bauer has recorded the complete organ works of Johannes Brahms, French Baroque chamber music with the Oread Baroque Ensemble, and organ works of Petr Eben with his wife Marie Rubis Bauer. Together they have performed the complete organ works of Buxtehude in Kansas and Nebraska.  He is in demand as a recitalist, having performed in France, Switzerland, Germany, Lithuania, Latvia, Austria, Poland, Russia, Spain, and throughout America. He has judged international competitions in Russia and Lithuania.

Bauer has written the book Arts Ministry: Nurturing the Creative Life of God’s People (Eerdmans, 2013).  Along with six distinguished co-authors, he is currently writing a book about how to practice the organ.