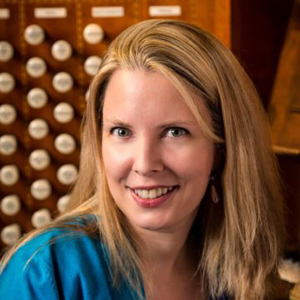 Nicole Marane (DMA) is the Councillor for Conventions and has been an active AGO member for many years; Most recently she was the Convention Coordinator for the 2020 National Convention in Atlanta, Georgia.  After the pandemic caused the cancellation of the convention, she served on the Steering Committee for Organ Fest 2020 and 2021.   Nicole currently resides in Atlanta, where she is the Director of Music at Sandy Springs United Methodist Church.

In 2010 Nicole graduated with her Doctorate of Musical Arts (Performance and Literature – Organ) from the Eastman School of Music, where she was a student of renowned organist, Professor David Higgs.  Nicole completed her Master of Music Degree at Eastman in 2003 and held graduate assistantships in both the Harpsichord and Sacred Music programs. She served as David Higgs’ Teaching Assistant and was a recipient of a Graduate Teaching Assistant Prize for excellence in teaching.  Nicole earned her undergraduate degree with First Class Honors at Australian National University in 1999.