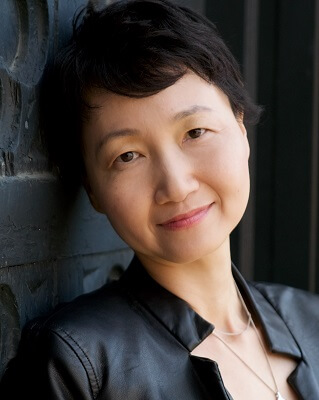 Yun Kim is widely hailed for her vibrant performances and is passionate about presenting engaging programs of diverse musical styles to her audiences.  Concert reviewers have described her performances as “remarkable” (The American Organist), “uniquely spectacular” (Hope College Anchor), and that she “plays with great sensitivity and great élan” (The Diapason). She has been a featured recitalist at National Conventions of the Organ Historical Society and several AGO Regional Conventions.  Her performances have been broadcast nationally on Pipedreams.

After completing undergraduate organ study with Carole Terry at the University of Washington, Yun received both her master’s and doctoral degrees in organ performance from Indiana University where her principal teachers were Christopher Young and Elisabeth Wright.  She is honored to be the 2015 recipient of the Oswald Ragatz Distinguished Alumni Award from the Jacobs School of Music at Indiana University.

A prize winner at both regional and national American Guild of Organists competitions, Yun has served as an adjudicator at regional and national organ competitions and as Competition Coordinator for the Great Lakes Region.  She is past Dean of the Dayton (Ohio) Chapter, has served on the faculties of Pipe Organ Encounters, and has chaired the Dayton Church Music Workshop.  She is currently on the faculty at Sinclair Community College and serves as organist and director of music at Christ Episcopal Church in Dayton, Ohio.

Yun’s recent CD recordings include Wild Card on the Raven Recordings label and Of Another Time on MSR Classics label.