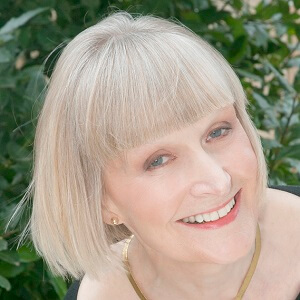 Anne Marsden Thomas MBE is an organist, organ teacher and author or co-author of 23 books for organ students and church organists.

Anne teaches organ at The Royal Academy of Music, both in the Junior and Senior departments.   Since 2006 she has taught the LRAM course there which trains those wishing to qualify as organ teachers.

Anne gives private organ lessons at St. Giles Cripplegate Church.   She has taught hundreds of students over the last 50 years, with many of these students continuing into the music profession.  She has wide experience of examining grade examinations and diplomas.

She has been Director of Music at St. Giles Cripplegate Church since 1982.    Although she no longer gives organ recitals, her concert and teaching work has taken her to the USA, Canada, Japan, Europe and all over the UK and she has made several commercial recordings.

She has published many articles for organists and their teachers, including a long-running series ‘Anne Marsden Thomas’s Organ Lessons’ published in both Church Music Quarterly and The American Organist.

Anne has received several honorary awards, including the FRSCM and ARAM.  In March 2017 she was the first woman to receive the RCO Medal.  She was awarded the MBE in the Queen’s New Year Honours 2015 for ‘services to organ music’.

Anne is Co-chair, with Ghislaine Reece-Trapp, of the Society of Women Organists www.societyofwomenorganists.co.uk which launched at the Royal Festival Hall in February 2019.