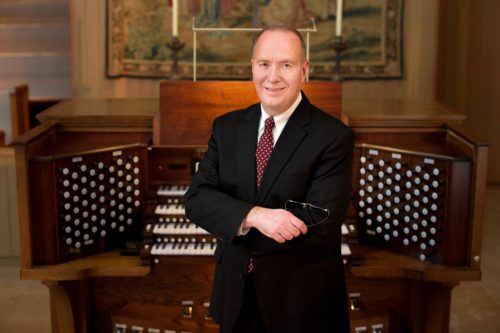 David Heller is the author of the widely used Manual on Hymn Playing (G.I.A. Publications).  He has presented workshops and lectures on hymn playing, improvisation, and service playing throughout the country and currently serves on the Board of Examiners for Certification at National Headquarters.  Dr. Heller received his undergraduate degree with honors from Lawrence University as a student of Miriam Clapp Duncan.  He completed his graduate degrees at the Eastman School of Music as a student of Russell Saunders, with post-doctoral study with David Craighead and Gerre Hancock.  He was appointed to the faculty of Trinity University in 1986 where he currently serves as Professor of Music and University Organist. In 2010, Dr. Heller received the Distinguished Achievement Award in Scholarship and Creative Work, the school’s highest honor given to its faculty members. He has held a number of church positions and residencies, and currently serves as the Associate Organist at St. Luke’s Episcopal Church in San Antonio.