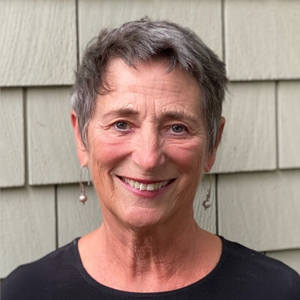 Lynn Edwards Butler, an organist and scholar living in Vancouver, British Columbia, is co-founder and a former director of The Westfield Center for Historical Keyboard Studies. She is well known for her writings on baroque organ building in Saxony and Thuringia. Her pioneering study Johann Scheibe: Organ Builder in Leipzig at the Time of Bach will be published in early 2022 by the University of Illinois Press, she is translator of The Organs of J. S. Bach: A Handbook, and she is currently at work on Bach’s Passacaglia and Other Great Organ Works for Oxford University Press.

As an organist, Lynn studied with John Weaver, William Porter, Joan Lippincott, and Harald Vogel. Her expertise in early German performance practice was gained during two years of study on the historic organs of northwest Germany and through extended study trips to the baroque organs of central Germany. She is a Loft Recordings artist and has concertized on fine tracker organs in Canada, the United States, Europe, and Mexico.

Edwards Butler has contributed articles to The Organ Yearbook, Keyboard Perspectives, Bach-Jahrbuch, Bach Perspectives, Bach: Journal of the Riemenschneider Bach Institute, Acta Organologica, and The New Grove Dictionary of Music and Musicians, and to festschrifts in honor of Joan Lippincott, Barbara Owen, Harald Vogel, and Peter Williams. She is a former vice-president of the American Bach Society and for six years was a member of its Editorial Board; as well, she has served on the board overseeing the library and publications of the Organ Historical Society.