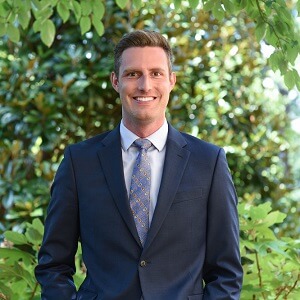 Patrick A. Scott is Director of Music & Organist at Grace-St. Luke’s Episcopal Church in Memphis, Tennessee where he is also the Artistic Director of the Memphis Boy & Girl Choir and Adjunct Professor of Organ at the University of Memphis. Prior to his appointment in Memphis, Dr. Scott served for five years at the Cathedral of St. Philip in Atlanta as the Organist & Associate Choirmaster. A native of Picayune, Mississippi, he holds a Bachelor of Music degree in Organ Performance from Birmingham-Southern College where he studied with Dr. James Cook. As a student of Drs. Judith and Gerre Hancock, Patrick earned a Master of Music in Organ Performance and Sacred Music and a Doctor of Musical Arts in Organ Performance, both from the University of Texas at Austin.

Dr. Scott is recognized as one of the prominent organists of his generation having won both the first prize and the audience prize in the American Guild of Organists’ National Competition in Organ Improvisation held at the AGO National Convention in 2014. He has recorded CDs under the Gothic and Raven labels with the cathedral choirs of the Cathedral of St. Philip, Atlanta and as a soloist on the Æolean-Skinner organ of Providence United Methodist Church in Charlotte, NC, the organ formerly at the Kennedy Center in Washington DC. An active recitalist and accompanist, Dr. Scott has appeared in concert and with choirs throughout the United States, as well as in England, France, Ireland, and Scotland.

He is represented by Concert Artist Cooperative, www.concertartistcooperative.com